Inspired by Phil Chandler at www.biobees.com I have built a top bar hive. I heard Phil speak at a meeting of out local club (MBKA - see other posts).

He advocates a simpler, less invasive, method of bee-keeping.

So I have built the top bar hive to his design, with a few deliberate changes and a few inadvertant modifications. 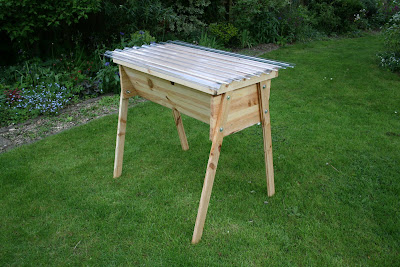 This is the hive. Note the legs - makes it easier to work on the comb. The roof is quite light - another feature that makes it easy to use. Regular hives can have VERY heavy rooves. 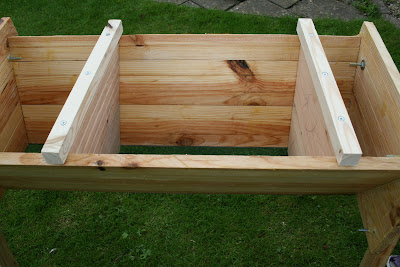 The two separators (or followers, in the jargon). are shown here. They segregate the colony so you can keep two colonies in one hive if you separate them with one of these. They also allow you to expand the colony from, say, three bars to, say, ten. 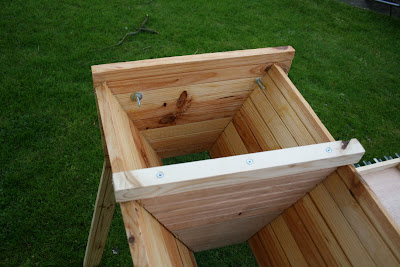 The Vshape means that the bees will not join the comb to the sides of the hive - which would be very inconvenient because you would not be able to lift out the comb and inspect it. 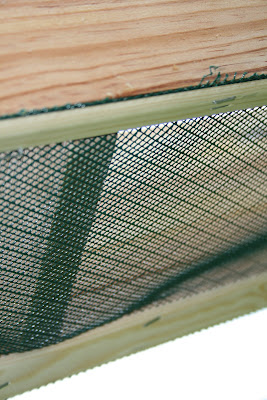 The mesh is in the bottom of the hive. It provides ventilation, allows Varroa mites to fall through (and depart the hive - hurrah!), and prevents ingress by robbing bees.

I am worried by the access it affords to predators. There is a badger living in D's garden (which is current planned locaton) - in the Pampas grass (no, really, she put her hand in the burrow, felt something furry and warm and withdrew her hand promptly). So old brock may get his paws on the honey. We will see. 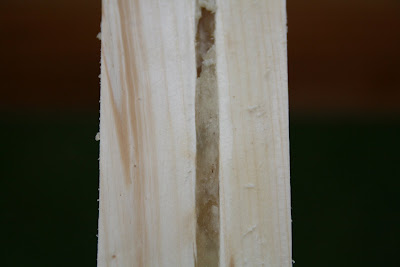 These are the bars. They have a groove in the underside into which I have put beeswax. This will encourage the bees to make comb on the bar in a straight line. Which nature abhors, but which makes husbandry easier for us.

So - all it needs now is a home and some bees.